offers its residents and visitors a wide range of opportunities - as far as accommodation, education and leisure activities are concerned. It is well situated in the immediate vicinity of the Ore Mountains, near places of natural as well as cultural interest, connected to important transport routes and neighbouring the adjacent town of Chomutov. Both these towns are connected by public transport lines. Jirkov, situated at the latitude of approximately 300 meters above the sea level, is also easily accessible from the German side of the mountains where Jirkov's twin town, Brand Erbisdorf, lies. Their partnership dates back to the year 2002. Second Jirkov's second twin town is the Hungarian Bátonyterenye, which is, of course, situated much further away. 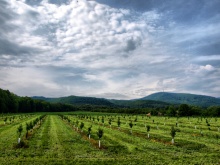 Jirkov lies at the foot of the Ore Mountains and has two watercourses flowing through it - the Bílina river and an artificially built industrial channel called Podkrušnohorský přivaděč. There are several parks, ponds and one reservoir lake situated in Jirkov's administrative territory. The villages Vinařice, Březenec, Červený Hrádek and Jindřišská form a part of the municipality of Jirkov. Other smaller municipalities, such as Vysoká Pec or Otvice, are within walking distance. The Jirkov administrative territory also includes the villages of Vinařice, Březenec, Červený Hrádek and Jindřišská. An interesting mix of residential areas is thus created. Some people live in prefabricated concrete blocks of flats, others in historic buildings in the town centre and others in old fashioned timber-frame cottages surrounded by mountain forests and meadows.

Jirkov is undergoing continuous development; new houses are being built in the suburbs, there is a new grammar school now - a grammar school which offers daily as well as distance courses. Sport lovers may use the many sporting facilities such as outdoor playgrounds, the climbing arena, reconstructed sports hall or the newly constructed cycle routes.

Culture-minded people enjoy the frequently organised events held in the new culture centre or the library in the Kludsky Villa or the well looked-after premises of the Červený hrádek castle. The large and quiet grounds of Červený Hrádek swimming pool, where wooden cabins and a camp site are also situated, attract a lot of people every summer. In winter, people can enjoy the popular skiing resorts in Pyšná, Mezihoří and Svahová or the cross-country skiing paths up in the mountains. 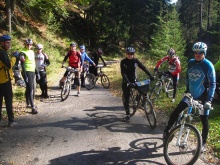 The streets of Jirkov are evidence of successful investments either from state subsidies or from the town's own budget. You can see insulated houses, reconstructed bridges, newly built children playgrounds or reconstructed roads and sidewalks.

There are four primary schools, one remedial practical school, school of arts, the above mentioned grammar school and a specialised vocational secondary school. Children and youth participate in clubs and leisure time activities offered by the Jirkov Children and Youth Community Centre, playgroup centres for pre-school children, municipal budget organisations and interest groups and centres. The activities offered by the municipal library, Červený hrádek chateau, Jirkov Culture Centre, local Gallery and Seniorclub are very popular among the adult population and seniors. The Jirkov Cinema attracts visitors from far outside the town due to the high quality of services and films. 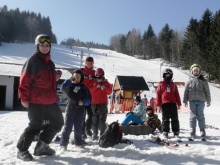 Other events which attract visitors from far away are the traditional Miner's Funfair held every September or the choir competition titled Písňovar which is held in October and builds on the long and rich tradition of Jirkov choirs in which all age categories participate - from pre-school children to seniors. The historic town cellars recently attracted the interest of Czech Television and appeared in interesting news coverage. This site was reconstructed and opened to the public after long-term plans for their destruction by filling them up with soil were abandoned. The successful, first league Jirkov volleyball club is known not only among sport minded people. Among the successful individuals who promote the name of Jirkov abroad are for example the holder of an Olympic swimming record Simona Baumrtová, or the stunt-man, biker and free-rider Richard Gasperotti. Other successful Jirkov natives include the climber Martin Jech, canoeist Ondřej Biřický, or dancers Vít Lukavec and Alexandra Štejnarová. 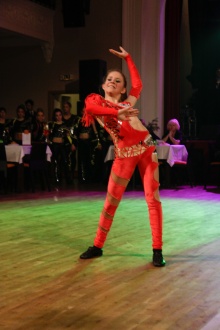 Jirkov looks after ill, disabled and elderly people. The range of services include the local clinic, physiotherapeutic centre and the Town Institute of Social Services, an organisation including several homes such as homes for elderly people, homes for handicapped people or flats with home nursing (community care service).

The construction of the oldest housing estate Osada was commenced in 1947, the construction of the Nové Ervěnice estate started in the mid 1950s. It was the last housing estate in Czechoslovakia which was built of bricks (not of prefabricated concrete blocks as was the custom ever since). The estate Vinařice I. was built in the beginning of the 1970s, the construction of estates Jirkov Centre and Vinařická II. (blocks of flats situated above the artificial water channel "přivaděč") started in the early 1980s. The last prefabricated house was completed here in 1993.

Change in appearance, Structure of pages, print out